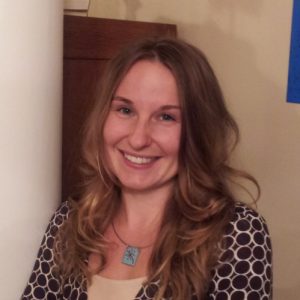 Stephanie received an undergraduate degree in History and Gender and Women’s Studies from the University of Wisconsin-Madison in 2005.  After spending a few years working in retail bank management, she began graduate school, earning a Master’s in Gender and Women’s Studies from UW-Madison in 2010, and a Ph.D. in History and certificate in Women’s Studies from Duke University in 2018. Her research interests include U.S. social justice movements, the history of gender and sexuality, and the development of liberal religious movements at the global and national level. Stephanie Rytilahti became the director of the Women’s and Gender Studies Consortium in the fall of 2018.  As director, she facilitates the collaboration of research, pedagogical initiatives, and strategic planning of all gender and women’s studies programs and departments across the UW-system.  Her work also includes the planning and development of the annual Wisconsin Women’s and Gender Studies Conference, a joint initiative between the Consortium and the UW-Madison 4W Initiative on Women, Well-Being, Wisconsin and the World.  Information on the conference can be found here: https://consortium.gws.wisc.edu/conference/. The Director’s Office is housed in the University of Wisconsin-Madison Department of Gender and Women’s Studies.