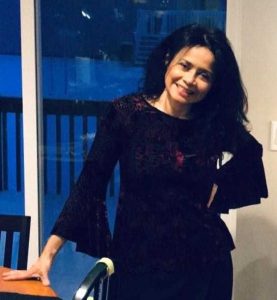 Sarli E. Mercado, PhD, is the co-Director of the 4W-International Women Collective Translation Project. As a literary critic, she has published and presented her work on contemporary Spanish-American poetry in the United States, Latin America, and Europe. Her current research topics are related to contemporary Southern Cone poets and literary practices of 21st century Spanish-American writers, as well as the poetic and visual art expressions that link urban and non-urban environments to ecological thinking. This is the subject of her most recent publication, “Lyrical Landscapes of Ecological Thought: On Urban and ‘Rural’ Connections,” published in the Fall 2019 volume of the Environmental Cultural Studies Through Time: The Luso-Hispanic World. This research is also part of her project on the work of award-winning writers of the City and Nature José Emilio Pacheco Literary Award founded by the Museum of Environmental Sciences of Guadalajara. Her other project on contemporary Latin American women poets is centered on issues of (female) identity, foreignness and the domestic sphere of motherhood, notions that underline experiences of displacement, exile and/or cultural translation or mistranslation. This project includes the poetry of women writers translated by the 4W Living Poetry-Women in Translation Initiative and a Borghesi-Mellon Workshop of the UW-Center for Humanities which she co-leads with Lori DiPrete Brown. In the Department of Spanish and Portuguese, she teaches courses on Spanish American literature, culture and language through subjects such as cultural journalism, translation and urban cultural studies. She is also part of the ongoing collaborative interdisciplinary projects between UW-Madison and the Museum of Environmental Sciences (MCA) at the University of Guadalajara.