RESISTANCE AND REIMAGINATION: GENDER, CHANGE, AND THE ARTS

We are excited to announce that the 2020 Conference will focus on integration of the arts into our work as a path toward knowing, resistance, and imagination.

This year’s theme encourages a feminist lens to argue against a separation amongst art, politics, activism, and epistemology. With the help of the arts, we can envision how to deconstruct, decolonize, and reimagine life and society. Creative work can be seen as an end in itself and as a feminist tool of inquiry, knowledge production, and critical resistance. How do the arts shape and define engagement with the current social, political, historical, and cultural terrain, particularly within activist and academic circles? How does a feminist and transfeminist art aesthetic expand and complement our work as researchers, writers, educators, and activists? We welcome proposals that consider the arts from a variety of perspectives including, but not limited to: visual arts, performance, photography, creative writing, academic research, feminist pedagogical practices, and digital mediums. We welcome presentations that foreground intersectionality, queer of color critiques, and the creative and imaginative possibilities enacted by queer, crip, Two-Spirit, feminist, trans, indigenous, POC, and other marginalized groups.

The conference co-conveners and sponsors are honored to hold this event under the auspices of the UNESCO Chair on Gender, Wellbeing, and a Culture of Peace as part of a global United Nations Platform on education, science, and culture.

FEMRITE is an NGO based in Kampala, Uganda, that focuses on training and publishing women writers in Uganda and the East African Region. Publications address issues like environmental sustainability, literacy and education, health and women’s rights, and fair governance. 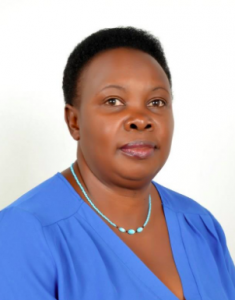 Goretti is one of Uganda’s leading novelists. She holds an MA in creative writing from the University of KwaZulu-Natal, South Africa. Her début novel, The First Daughter, was published in 1996, followed by Secrets No More in 1999, which won the Uganda National Literary Award for Best Novel in the same year. In 2002, she published a novella, Whispers from Vera. Her third novel, Waiting, was published by The Feminist Press in New York in 2007. In 2014, she published the Essential Handbook for African Creative Writers.She has also published short stories and children’s books. Goretti is a founding member of FEMRITE –Uganda Women Writers’ Association and Publishing House –and worked as its first Director for ten years (1997-2007).In 2009, she founded and is now Director of the African Writers Trust, an organisation that aims to bridge the divide between African writers and publishing professionals living in the Diaspora and on the continent, bringing them together in order to promote synergies between the groups. Goretti was the first Ugandan woman to receive an International Writing Program fellowship at the University of Iowa, and has since participated in many literary events internationally. In 2013, Goretti was one of the five international judges for the Commonwealth Book Prize. She lives in the UK and Uganda. 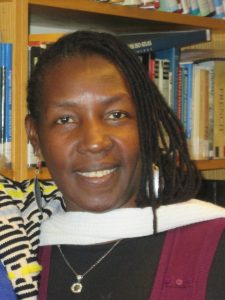 Hilda J. Twongyeirwe is a Ugandan Feminist, a mother and a member of different women empowerment initiatives including FEMRITE -Uganda, Action for Development & the Pan-African Graca Machel Trust -Women in Media Network. Presently she works with FEMRITE -Uganda Women writers Association as Executive Director, a position which has enabled her to initiate and contribute to several actions for the advancement of women writing in Africa. She is a member of the Permanent Bureau of African-Asian-Latin American Writers Union and the National Book Trust of Uganda.She is the first woman writer to receive the Uganda Government National Medal in recognition of her contribution to women empowerment and emancipation through Literary Arts. She is a recipient of The Women for Women Award -Uganda 2018 and Uganda Registration Services Bureau Recognition Award 2018 for contribution to Uganda’s Cultural and Literary arts. In 2015, she was named among 18 Phenomenal African Feminists to know and celebrate by For Harriet Website. She holds a Master of Arts Degree in Public Administration and Management, from Makerere University, Kampala.She is a published writer of short stories, poetry and creative non-fiction and an editor of several literary works by women writers. Her political satire short story; Baking the National Cake was translated into Vietnamese in a journal of Vietnamese writers.Her poem; Threshold, introduces a section in Mire Soraya’s memoir against Female Genital Mutilation;The Girl with Three Legs. Twongyeirwe is one of the New Daughters of Africa in Busbay’s ground-breaking 2019 anthology of women of African descent.